Pictures at an Exhibition!!!
Ensemble Makadams attempt to find an inspiring path through Musorgskys work resulted in a concert with photoprojections at Skövde Artmuseum 16/1 2020, with a following exhibition (until 10/3) where 10 photos by the photographer Misha Pedan was shown in the Small Gallery. From four big speakers (Genelec-rig deposited by EMS) streamed a recording of Makadam’s interpretation, mixed by Rasmus Persson. The exhibition then went on to Gallery 54 in Gothenburg, where it was shown 13/3-12/4. The concerts meant to take place at Atalante 19-20/3, however, had to be canceled, due to Covid-19.
The exhibition had a folder where Magnus Haglund in a small essay wandered through Mussorgskys music, his way, reflecting how musicians through the ages have taken on the great work.

In december we had the opportunity to, instead of giving concerts, make a film-recording of our project. Rasmus Persson made the light-and sound-design while Camilla Topuntoli and Donovan van Martens were behind the cameras. As soon as it is cut the film will be found on our media page.

Ensemble Makadam got a request to do a musical reflection of Musorgsky’s work Pictures at an Exhibition. It was meant to take place in the foyer of The Concert Hall one evening when the Gothenburg Symphony Orchestra performed the work. However that concert never happened, we got inspired to take on the large symphonic work, wanting to behave as “hackers” who freely steal, distort, reinterpret and rediscover Musorgsky’s musical material.

Modest Musorgsky wrote the work Pictures at an exhibition as a tribute to his deceased friend the artist Victor Hartmann and 10 of his paintings form the basis for the various titles. The ensemble problematizes this narrative approach to music and at the same time stretches the concepts of concert / exhibition by using music as an installation and letting the photographer Misha Pedan choose 10 images with or without relation to Hartman’s images.

The collaboration with the fantastic Malin Wättring began in May 2019 and in June we did a first tentative work-in-progress concert at Konstepidemin in Gothenburg. 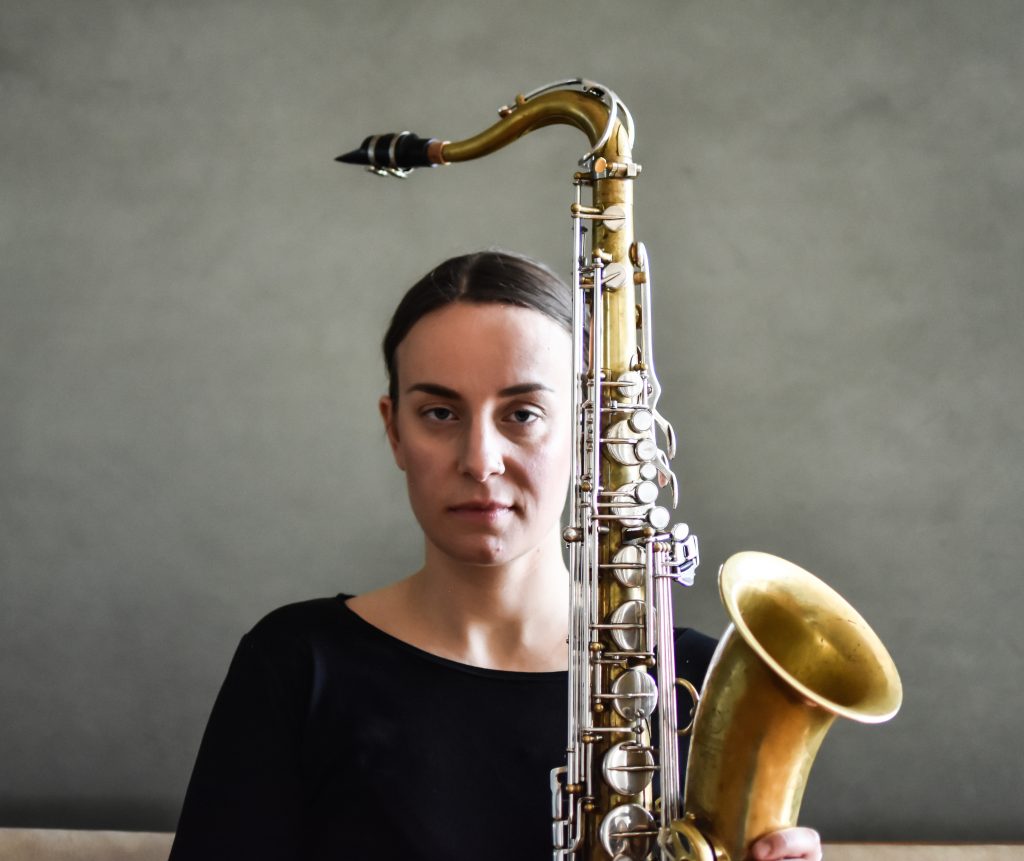 Malin Wättring is a saxophonist and composer, active on the modern jazz and improvisation scene. She often works in musical projects that combine and/or explore the borderland between noticed music and free improvisation, and it was this approach that made her want to collaborate with Ensemble Makadam in the project Pictures at an exhibition.

Malin has been called one of Sweden’s new great saxophonists and composers. She runs her own quartet, Malin Wättring 4, and has played with bands like Fire! Orchestra, Bohuslän Big Band and Anna Högberg Attack. Malin was named Composer of the Year at the Jazz Cat Gala 2017 and was awarded Sten A Olsson’s major cultural scholarship in 2019.